Jesper completes run around the world

On 23rd October Jesper Olsen finished his run around the world - the first person to do so. Students of Sri Chinmoy have helped him in his run through Australia, United States, Canada, Ireland and finally England.

He started on January 1st 2004 so has been running for nearly two years, completing over 26,000kms!

Jesper wanted to make the last day special and decided to run two marathons to get to London. He was joined by his main sponsor and other ultra-runners who had helped in Finland, Ireland and Australia. Steve and myself were also attempting to run the whole of the last day, but it was definitely new ground for us! However, being with these top ultra-runners made it easier - they just got on with it and somehow you just joined them and did it too. 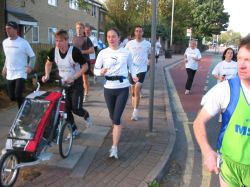 Devashishu did an excellent job of helper. He worked out the route into London and met us every 5km where we would stop and do some stretching. He also did the odd run to Starbucks to buy us all coffee! As we started at 3am we unfortunately had to wait until 9am before one opened. Jesper would take photos every 5km or so and the photos went straight onto his website: www.worldrun.org. You can see photos there every day. The amazing thing about Jesper is that he didn't look at all tired. At the end of the last day some of us looked really dead, but he looked like he hadn't been doing any running at all. He didn't even have any sweat! He always looked after every else when they were running - he really puts other people first and makes sure they are happy. In fact, he is very humble about the whole thing. It was great talking to him and hearing about his adventures in Russia and Siberia and the people that he had met along the way. He had met students of Sri Chinmoy in many different countries and said that he really appreciated our help. One of the highlights of his journey was meeting Sri Chinmoy in New York and being lifted by him.

On the last day we started at 3am, so the first 4 hours were in the dark. I really liked it - it was the first time I had run at night and there was a real stillness and sacredness to it. At 5am BBC radio 5 interviewed Jesper when we has running. They also interviewed him after the race. 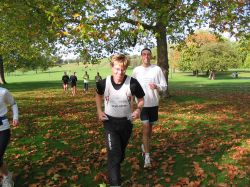 After it got light we arrived at the outskirts of London and other runners started joining us. By the time we had got to central London there was a big crowd of us running - weaving in and out of all the people, cars and buses that were there. It was a beautiful day and it was a really nice route into London - through parks, along the river and taking-in some top tourist spots! Finally we all ran up to the Greenwich Observatory, where Jasper started his run one year and 10 months ago. There was a crowd to meet us and a large inflatable finish arch for Jasper to run through. His family was there, friends who helped him during the run, well-wishers and lots of press! It was such a memorable, long day and truly inspiring to be part of Jesper's historic achievement. Well done Jesper!

More pictures of Jesper from his last day of running. 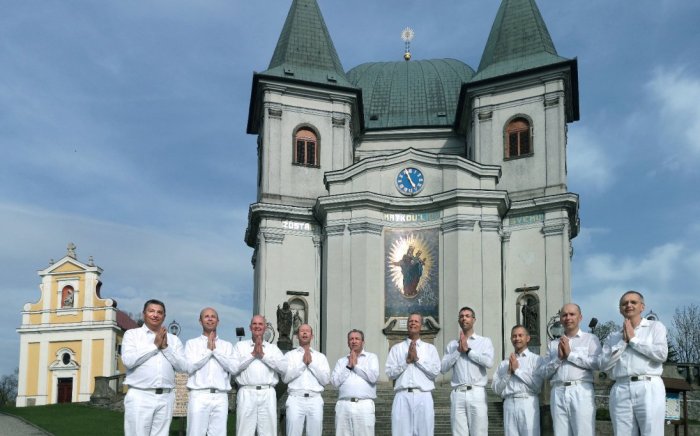 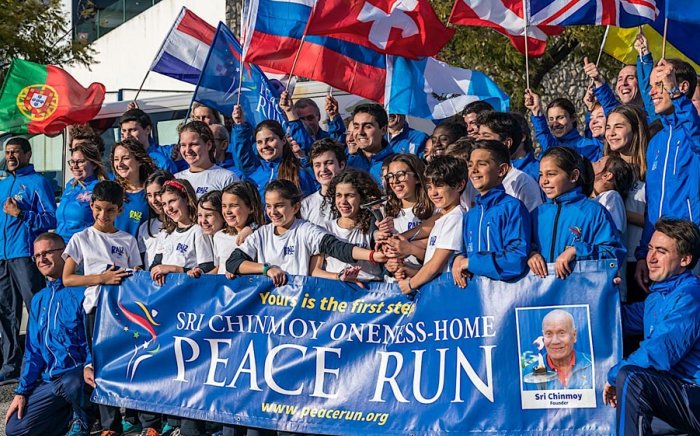 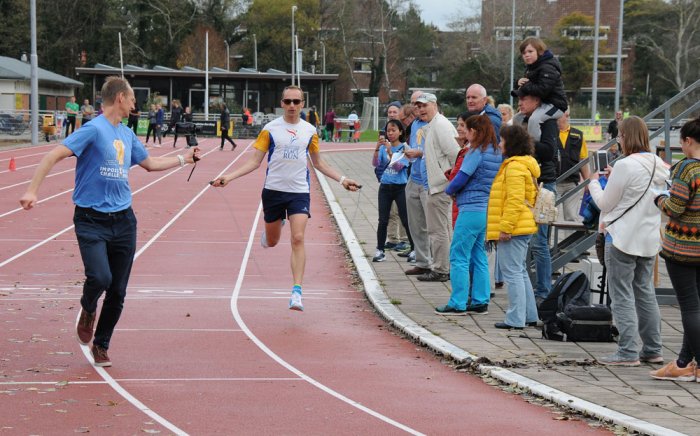 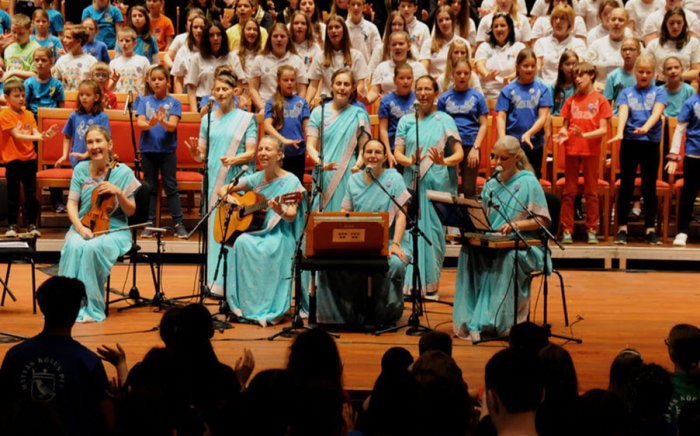 Songs for Peace in Hungary